Designity Con’ 22: A Recap of the 1st Creative Conference in VR 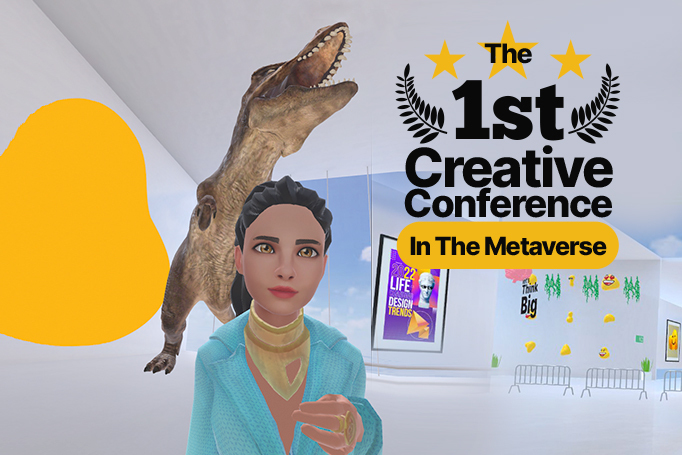 When was the last time you attended an event or a conference? It was probably something that was planned far in advance to accommodate the travel needed to get there, hotel expenses to stay there, and pinpointing what speakers to watch and what booths to visit.

Now, imagine eliminating the travel element. You are attending this conference in a virtual space. Your colleague hops in wearing a Hellenistic ensemble complete with wings, your boss prefers a more conservative pair of joggers (but their hair is bright blue instead of its usual brown), and you embrace the weirdness of it all and choose an all-black Matrix-Esque leather suit.

The first speaker has a tiara on her head. The second one wears a yellow bandana around his neck.

Your head of IT joins, and you wave at her. She’s on the other side of the world in Germany. This is a space where global ideas come together to meet in one specially designed virtual space.

This is Designity Con, where you can express your creativity and epic ideas in a place that was built just for you.

On August 24th and 25th, we opened our virtual doors for our creative community and thought leaders to join us for a conference experience like no other. From dance parties to meditation, we could enjoy each other’s company and high-five, laugh, create, learn, and become inspired, no matter where we were in the world.

An intro to remember

Entering the conference space, we were immediately welcomed by our peers, exactly how they want to present themselves. Some of them had crazy hair colors, one was wearing a giant pink teddy bear costume, and another wore a costume worthy of Mortal Combat, complete with katanas slung across his back.

After the initial intros and happy waves, everyone found a seat. Some people were dancing to the playlist that we collaboratively curated, and others were laughing at their colleague’s antics. The room eventually grew quiet, and the classic intro to No Diggity echoed around the space.

Shahrouz Varshabi, Designity’s CEO, danced down the stairs and took his place at the podium while everyone applauded. He beamed at the room and began recounting Designity’s humble beginnings.

The welcome speech was both inspirational and moving as he pointed out the people who helped him get the company to where we are today. Everyone stood and cheered as he welcomed the very first guest.

The first speaker made her way to the podium. She was wearing a bright green monster onesie. Cassandra Bianco, founder of Wellbeings took her place at the stand. She waved at everyone and introduced herself. Then she asked everyone to get comfortable and “close your eyes.”

She lead the room into a twenty-minute meditation for creativity, relaxing each part of our bodies and helping us make the space we need to get inspired by the other speakers. After answering a series of meditation questions, she passed the microphone to Patricia Rollins, VP of Integrated Marketing at Typeform.

Patricia dove into Typeform’s branding strategies and their evolution to appeal to different global markets. As she spoke about maintaining their message but conveying it in every aspect of their brand, the creatives and creative directors sat fascinated, glued to her every word.

Because this is a challenge that many of our clients face (preserving their brand identity during a rebrand), Patricia Rollins’s session was invaluable.

The last speaker of the day was Jacob Cass, Founder and Brand Consultant at JUST Creative. His aviators and a pink bandana wrapped across his face gave the impression that he just dismounted from a motorcycle trip across the country.

He pointed at the board and began his presentation of an NFT marketplace that he built called The Forest. This is a place where creatives can embrace the knowledge, people, and tools required to become independent Web3 and NFT professionals.

Jacob shared the idea behind The Forest and why creatives should dive into the Web3 pool and embrace the world of cryptocurrencies and NFTs.

After Jacob’s session, Natalie Neumann, COO at Designity took the stage and pointed everyone to the portal hovering in the top right corner of the room. We all aimed our controllers at it and were immediately transported to a new environment.

Laughter, music, happy chatter. That’s what we heard as the wild white space came into focus. The room was huge and reminiscent of a very modern gallery. Colorful frames lined the walls, showcasing quotes and some of our best work. A 3-D T-rex roared silently at the ceiling. We were the size of his foot.

As everyone else joined in, the selfie sticks come out. Laughter came from all directions, and if you were to look around the room, you would see Jacob chatting with Shahrouz by the T-Rex, a group of creative directors and creatives making their own gallery of selfies on the far wall, and another group laughing as they built their own version of found object art. A cat, a pipe, a martini, and her party dog sidekick.

As everyone realized what was possible in this virtual world, the networking room became its own kind of canvas and everyone forgot that they were not, in fact, at a networking event with their colleagues.

This was a space to play and explore, and everyone did exactly that.

The last day of Designity Con was reserved for internal team members only. This session was about team collaboration and teamwork. Everyone was paired in different groups and assigned the task of creating a virtual space for Designity.

The only rule was that there were no rules; the sky (and our creativity) was the limit. The groups collaborated for an hour, bouncing ideas, creating mood boards, and drafting their three-minute presentation.

At the end of the allotted time, the team was taken back to the main room where the presentations would begin.

From Candy Land worlds to egg pods in forests, the ideas freely flowed, and the creativity was truly limitless. Each team shared where they drew inspiration from and boosted their teammates, giving credit where credit was due.

Some chose to present their ideas as a narrative while others took a more tour-guide-like approach. The worlds, galaxies, and realms were so creative that imagination alone wouldn’t do them justice. The winner was the Green Team with the epic idea of creating a futuristic planetary system where clients have their own planets, and the Sun is Designity’s epicenter, a sprawling city that serves as the home base for our team.

After announcing the competition's winner and celebrating two internal promotions, Natalie and Shahrouz shared the closing remarks. They surprised everyone with free lunch and Friday off after all of the hard work that was needed to put the event together.

We are pleased to announce that, due to the success of the first Designity Con, we will be hosting more Designity Con events regularly. Want to join? Sign up for the next adventure here.

We hope to see you there! 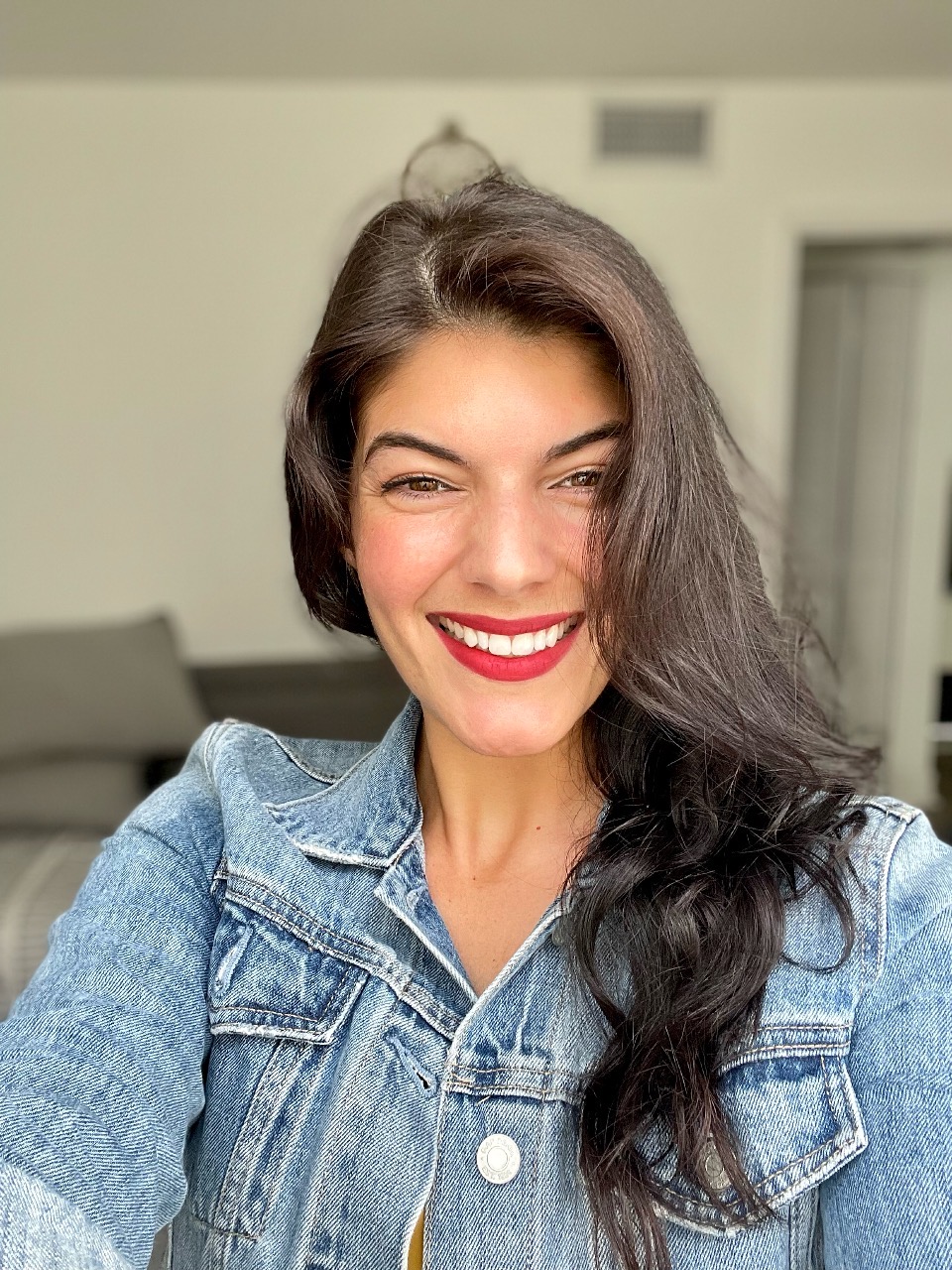