Blog > Creative Advice > 5 Most Promising Design Positions Of The Future

5 Most Promising Design Positions Of The Future 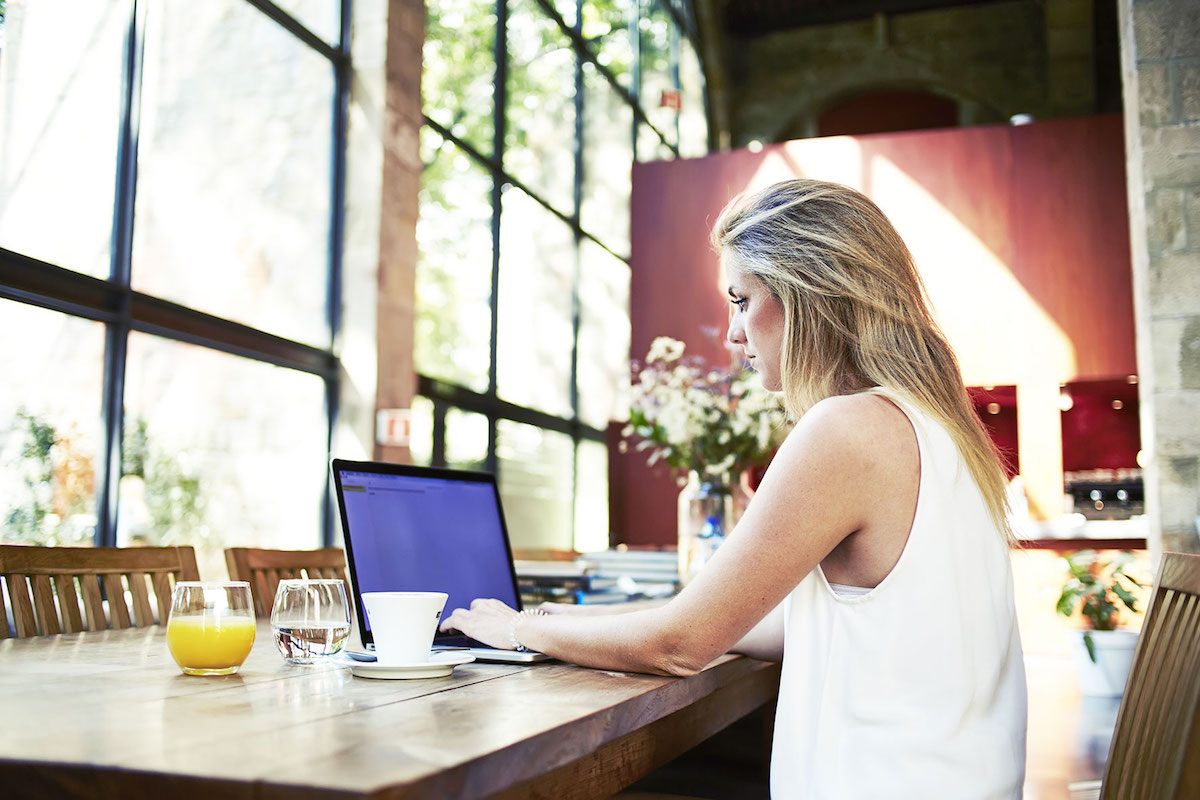 With the explosion of the smart phone industry in last couple of years, the design in field of telecommunications is actually one of the fastest growing designer careers. Mobile designers work on mobile development for ads, apps, and websites. This is an amazing choice for the ones who are technically minded, and are ready to combine programming, style and UX knowledge.

Clients will soon be in a search of best possible representation in virtual worlds such as VR, movies, and mobile games. This will mean creating a high-polygon, low-poly variants of that representation. Here, knowledge of AI-response programming would come in handy. Partially, this job is already existing in the form of digitized actors. This career path will get more complex as the actors' likenesses start becoming more prevalent in VR and games. As time passes and these representations become more mainstream, actors will feel as if they need to increase the control of their images. This scenario happened in every single form of the media, and it's very likely it would happen in virtual worlds also.

Human Organ Designers will have to be experts in the bio-engineering niche. They would fit the newly created organs and the artificial limbs to a human. Designers will need to be capable of fully executing an end-to-end design and an implementation of the process for custom-fit or ready-to use organs. Their software and hardware knowledge should be involved deeply in bio-electronics.

Graphic design is the brain of the visual and the website layouts. It covers magazines, logos, and many more components. The fact that computer-related jobs are supposed to grow for about 61 percent by 2020. Developing one's programming skills in a combination with graphic design can bring to a successful future career.

An additional design which emerged lately is a user experience (UX) design. A job for this type of designers is to create online spaces, namely websites (for example Designity), where users can navigate easily. Due to the concern of users stumbling across a bad-looking and non user-friendly site, UX designers will always have something to work on. They will be employed by small startups, huge corporations, or anyone in between.

Screens became a real trend over past thirty years. They still do require a good amount of attention, but soon we should be able to see the rise of software that is only rarely manifesting on the screens. For this, we must have a new type of designer - designer who focuses on the embodied interactions.

These new types of designers will be concerned with virtual reality, as much as with the computers being embedded in spaces and things. Designer will need to borrow some practices from the architecture and industrial design, so the modeling of interactions are having orientation in the space. The Embodied Interactions Designer will have to know its way across datasets to dig the value, but still protect the privacy.

Stay Inspired by Upgrading Your Inbox
Thank you for subscribing!
Oops! Something went wrong while submitting the form.
About the author:
Interested in content collaboration? Email at kat@designity.com
Keep Reading
For Clients
For Creatives
Company News
What Does a Creative Director Do?
Art Director vs. Creative Director: What is the Difference?
Why You Need a Trade Show Booth Designer
Trade Show Pop-Up Displays Do's and Don'ts
Tips for Designing a Great HIMSS Trade Show Display
Benefits of Virtual Reality for Healthcare Marketing
Virtual Reality Marketing 101: Engage Your Audience on a New Level
Should You Advertise During a Recession?
How to Use NFTs for Marketing in a Recession
Law Firm Content Marketing 101
Upwork vs. Designity
How to Manage Freelancers
How to Hire a Freelancer For Your Next Marketing Project
Everything You Need to Know Before a Website Redesign
How to Choose a Web Design Agency
What Marketing Designers Do and Why You Need Them
Tips for Great Content Marketing in 2023
How to Develop an Irresistible Call to Action: A Content Marketer's Guide
How Much Should a Motion Graphics Designer Cost?
Motion Graphics vs. Animation: Is There a Difference?
What Are Motion Graphics? A Guide for Marketers
Why You Should Use Motion Graphics in Your Next Ad Campaign
How to Create a Content Style Guide
Where to Hire a Copywriter
What is a Technical Copywriter?
What Do Copywriters Do for B2B Creative Agencies?
Superside vs. Designity
How to Protect Your Brand: Trademarking Your Logo, Name, and Brand Identity
What is the Difference Between Branding and Marketing?
How to Develop a Great Brand Identity for 2023
Why You Need a Brand Design Agency
Are NFTs Bad For the Environment?
Are NFTs Worth it for Businesses?
Designing NFTs for Cannabis Brands
Do You Need an NFT Graphic Designer?
Designity Con: The First Creative Conference in the Metaverse
How to Find a Graphic Designer for your Business
What do Graphic Designers do, and Why is it so Important for Financial Services?
How to Create a Graphic Design Style Guide
Why Graphic Design is Important for Small and Midsize Businesses
How Financial Services Can Utilize VR and the Metaverse
Copywriting for Cybersecurity Companies
How to Create a Head-Turning Trade Show Booth
Building a Recession-Proof Creative Team
Impactful Design: Celebrating LGBTQIA Activism
Why SaaS Companies Need Great Design
The Anatomy of a Great Remote Workplace
The Best Tips for Designing in the Healthcare Industry
Modern Design Collateral for the 21st Century
NFTs, The New Marketing Frontier
How to Avoid NFT Scams
Designity vs Staffing Agencies
Designity vs 99designs
How to Create a Brand Guideline
Designity is Now Accepting Cryptocurrency
Behind Designity’s Creative Vetting Process
The Best VR Platforms for Every Team
5 Tips for Creating a Website for Your Business
Designity vs. In-House Creative Teams
6 Tips for Hosting a Virtual Reality Event
3 Ways to Leverage the Metaverse
5 Practical Ways to Use Blockchain in 2022
Why Having a Creative Director in 2022 is a Must
Life-Changing Design Trends That Will Define 2022
7 Elements of a Successful Digital Marketing Plan
How Combining Copy and Design Yields Optimal Results
5 Benefits of Having a Virtual, On-Demand Creative Team
How to Turn Blog Posts into Your Best Digital Marketing Tool
10 Creative Services Your Business Might Be Missing
5 Tips for Building a Timeline for Every Creative Project
5 Reasons Why You Should Start Using Video Marketing
5 Tips for Giving Effective Design Feedback
The Story Behind Designity’s Name
5 Factors When Hiring A Freelancer
Process Makes Perfect - An Interview with Creative Director Collins
A Brief Conversation With One Of Our Creative Directors At Designity
Where to Find the Best Creative Director Jobs
How to Create a Virtual Trade Show Booth
Creative Highlight: Meghan Wengert
The Best Virtual Reality Apps for Busy Creatives
How to Prepare Financially for a Recession
The Perfect Recession Proof Job for Creatives in Any City
Web3 For Freelancers: The Future is Here
The Top 10 Best Cities for Freelance Creatives
2023 Web Design Best Practices
Freelance Web Design in NYC: Is It Worth It?
Creative Director Highlight: Collins Bolinger
Creative Highlight: George Mott
Creative Director Highlight: Cristin Bowman
Designity Con: The First Creative Conference in the Metaverse
Pros and Cons of Tilt Brush for Designers
How to Survive the 2022 Recession as a Creative
Smart Contracts for Creatives
Why Creative Teams Need Mental Health Days
Impactful Design: Celebrating LGBTQIA Activism
How to Introduce Yourself to a New Team, Virtually
Questions to Ask a Client When Designing a Logo
Top 10 Website Wireframe and Design Resources
5 of the Best NFT Projects
5 Cool Illustration Projects to Inspire You
How to Improve Your Work-Life Balance as a Freelancer
Top 20 Video & Animation Resources
Behind Designity’s Creative Vetting Process
Top 25 Graphic Design Resources
How to Polish Your Creative Portfolio for 2022
Creative Freelancing Jobs vs. In-House Careers
How to Create an NFT in 5 Steps
5 Tips for Making a Great First Impression with Clients
Top 3 Creative Skills to Learn in 2022
Why Creatives Should Care About NFTs
How to Become a Creative Director
Life-Changing Design Trends That Will Define 2022
The Story Behind Designity’s Name
5 Most Promising Design Positions Of The Future
Process Makes Perfect - An Interview with Creative Director Collins
A Brief Conversation With One Of Our Creative Directors At Designity
Designity Con’ 22: A Recap of the 1st Creative Conference in VR
Designity Con: The First Creative Conference in the Metaverse
Designity is Now Accepting Cryptocurrency